I did get invaded once, though. I carry my cannon so if I get invade they better be good at dodging otherwise nobody has killed me yet. Will this fix the insane frame drops on the Loran Darkbeast? Hair physics are nice but the fight is impossible at 10fps. I got the plat……. As it stands, its a PvP cheese. I also feel like 20 blood vials is too much, reduce it to 10 and also reduce the number of cocktails you can carry. I believe this would make the combat better.

Every Souls game is known for having a secret if you manage to beat tutorial boss. If you choose long hair, it goes through some costumes. The hunter below the other one that uses a machine gun should be able to follow you further, I see many players using a AI exploit to beat him. Blood viles do not refill like Estus, and players can completely run out of them. The mechanic is balanced. I think it is fine as is they need not lower vials, or molotovs if a person wants to use a cannon so be it I use it to avoid invaders nothing wrong with that.

Fix the horrible framerate and fix the frame-pacing issue! How can anyone play the game with that very bad framerate its beyond me. Dieying because of the difficulty its one thing.. Performance shoud be King on this game and not the graphics,fix the performance even if the graphics get tone down! Online matchmaking is broken plain and simple.

The pattern seems to be: NAT settings are not the issue here. PS4 resuming from sleep also not the problem. I will include snippets of it here:. While nowhere near the level of Dark Souls Blight Town there can be the odd hiccup here and there. Particularly noticeable on thin objects and geometry such as branches or fences. Not sure if there is a solution for this one as applying more intensive AA methods could potentially make any pre-existing issues with performance even worse.

Everyone myself included seems to be having a tough time finding matches for co-op or PvP. It can be particularly frustrating when trying to co-op a chalice dungeon with a friend.

Even after setting a password, using the same chalice glyph, standing i I was hoping match making would improve after a few weeks but it still seems to be very inconsistent. Basically there are a lot of clothing items and hair in particular that clip through one another. Of course this is a natural side effect when a game utilizes cloth physics so lavishly but it can become a bit of an eye saw at times. If you keep any weapon on your characters back and are wearing anything that flows or flaps when you run the clipping can be quite severe at times e. One is to disable hair physics when wearing certain items of clothing to prevent clipping when in motion.

The other which leads me onto my next point is to allow us to edit our characters appearance at any point in the game. There are not many games I can think of that let us alter the appearance of our character after the initial creation process at the start of the game but I desperately want that to change Dragons Dogma and Fallout 3 are the only two I can remember right now. I feel like FromSoftwares games in particular suffer from this lack of feature because we are stuck with the characters we make for such a long time and are totally unable to tweak their appearance in any capacity.

This has been a highly requested option among many people and I definitely agree. The main problem with CA in Bloodbornes case is that it seems to emphasise or draw more attention to the aliasing issues I mentioned above. But FromSoft should still provide us with an option in the menu to disable it if we choose. Dark Souls 2 introduced a brilliant new optional feature where the HUD would minimize after a few seconds of inactivity. The HUD would remain in its minimized form until you pressed the attack button if I recall correctly so for the most part when you were just running around the HUD would remain compact and discreet.

This one is really odd, for some reason they decided to make Bloodbornes loading screens as bare as possible with just the games logo on display. They always made the loading times slightly more bearable as we had something to read at least. But given how long Bloodbornes loading times can be it just makes the decision to remove any reading material for players all the more perplexing. I understand if they want to remove the risk of any spoilers to the games plot but surely they could have given us something to keep us occupied considering how much we are staring at that black screen and Bloodborne logo.

The HUD in BB is much, much more discreet as a whole compared to any of the other FromSoft games, taking up far less of the screen but still managing to be very informative and accessible when needed. I do like the suggestion of an opacity slider though, just to be able to clean it up to preference would be nice. So in Dark Souls each and every bonfire you encountered would allow you to rest and restock supplies while re-spawning all enemies , repair your weapons, access your storage box, level up and warp from bonfire to almost every other bonfire.

This was such a convenient system and it puzzled me greatly why it was later removed in Dark Souls 2 and Bloodborne. Ideally they could find a way to balance it so that it gives us the convenience of Dark Souls bonfires with the character interaction of the other games. An item similar to the Soul Vessel would be very welcome in Bloodborne and could be used via the Doll. We should therefore we allowed to apply this item to any lamp we encounter in the game so that it functions just like the Bonfire Aesthetics.

Specifically an option to change the input for certain commands such as jumping. Ok so this one will definitely not be added in any updates or DLC either probably but maybe for the inevitable sequel. Although considering the fact that nearly every weapon has an alternate form this may require too much work. Maybe we could have one for slashing weapons, blunt weapons, thrust weapons and guns? Button remapping is already a feature that is built into the PS4 as of the last QoL patch. So it need not be implemented into the game at all seeing as how the system handles that part already.

A lot of the features you mentioned would almost require redevelopment of the game from the core. Eileen the Crow did not appear in my game at all please fix this bug. This is a story-based game mechanic.

Will this patch fix the elevator lift near a certain optional boss? If im repeating what someone else has said then im sorry…with that being said this message is void if the patch fixes this issue. The level gap for finding players seems to be too small in my opinion. I LOVE this game and i play it with a friend and he seems to have more time than i do which causes him to almost always be ahead of me by quite a few levels.

When i try to connect to anyone else, either its part of the netqork issue that is being addressed with the new patch, or the community just doesnt level past this point, or im out of range of other players which would really disappoint me considering there should be 1mil other players.

This may be true elsewhere when fog is present, but is extreme when zoning into a boss battle after a death. I want to re-roll anyway. Its an annoying bug. I found a nasty bug. I killed Amygdala in story mode and it did not unlock the trophy and did not give me the chalice she drops or the chalice trophy.

The main one I remember was that the Frontier headstone became available before I found any of the lamps there. I clicked on it and it crashed. I can only speak for myself but I have never noticed any issues with the framerate. Me and a friend also co-op quite often together and he has no issues either.

Only thing this far is that it can take a couple of minutes before we find each other after ringing the bells, but once teamed up it runs fine. We have of course not tested every single are yet, and this may perhaps change things, but we have come quite far in the game and no issues yet.

Same goes for storing and repairing, especially with no repair items! Likewise I miss the rings which have been changed for the Runes. I miss being able to change between these as I go through the world. 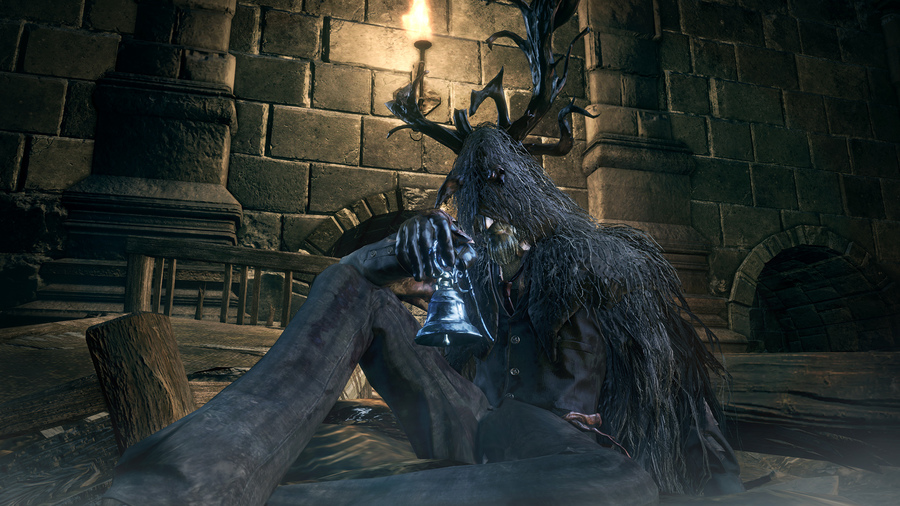 What kept those games more or less running after the initial weeks was the online aspect. Connecting to other players is the problem, both design wise and actual connectivity wise. I have NAT 2. Always connected to PSN. Always connected to servers. I see messages fine. I see bloodstains fine.

I see ghost fine. Dark Souls was the definition of online fun after its patch 1. Always summoning signs near boss doors for almost every boss. Darkroot Garden was a HAVEN for pvp, literally nonstop invasions, one after the other thanks to the covenant system there.


Make it so Bell maidens appear in other stages besides nightmares. Cathredral ward, hemwick in day, cainhurst, forbidden forest, etc. The only way as an invader to invade is solely reliant on these bell maidens, which only areas actually have them by default. Please fix this issue ASAP!!!! For more info or to change settings, click here.


Today, we wanted to provide some more information regarding the next patch for Bloodborne. On behalf of the Bloodborne development team, thank you for your ongoing passion and support. Troubleshooting network issues If you are having trouble accessing online features, please check your NAT type and ensure proper ports on your network are open.